I use a number of different football betting tipsters, which I’ll point you towards here. They’re helpful for those of you that aren’t too sure what to bet on or which wagers to place, so do think about using them if you feel that you fall into one of those two categories or you simply want some extra ammunition in your armoury. 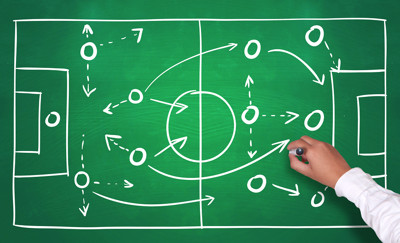 I don’t do betting tips on this site any more, nor do I publish the opinions of other betting tipsters, and instead prefer to give you the tools to identify the best bets yourself. Let me explain why.

Betting on football can feel like a minefield for a whole host of reasons, not the least of which is the fact the the sport can be such a fickle mistress. Look at the stats from select games and you’ll see a side that has absolutely battered the opposition in terms of both possession and the number of shots on target, but they’ve lost 1-0.

If you’ve read pretty much any of the other pages on this site then you’ll know that I’m constantly banging on about the need to do research before you go and place bets. The more research that you can do, the better your chances of finding a wager that will turn out to be a winner or, at the very least, the more that you’ll be able to shift the odds in your favour.

One of the most important things is value. Value involves finding bets where the chance success is greater than the odds that you’ve been given. With value betting you don’t need to win every time, you just need the payouts of the wins to be higher than the losses. Think of it like being offered 2/1 on a coin toss rather than evens. If you took this bet 100 times you’d expect to win 50 and lose 50 – but the times you win you win £2 for every £1 bet and the times you lost you’d only lose £1.

Another reason I’ve decided to venture away from specific tips is that a few bad apples have been spoiling things for the rest of us. Some tipsters, particularly those on social media, have been caught changing their results to make their bets look more successful than they were. Obviously this destroys any trust you had in the tipster and makes you, the punter, doubt others (or at least, it should).

For that reason I decided to cut the tips off cold turkey and instead spend my time writing articles on stats, trends and analysis so that you can pick your own winning bets.

I might not offer any specific tips myself any more, but that doesn’t mean that I can’t offer you some more general advice about the sort of things to think about before you head to the bookies yourself. Here are my key tips about the world of football tipsters and how you should approach your own betting even if you don’t use the tipsters themselves.

You Won’t Win Every Bet, So Try To Find Value 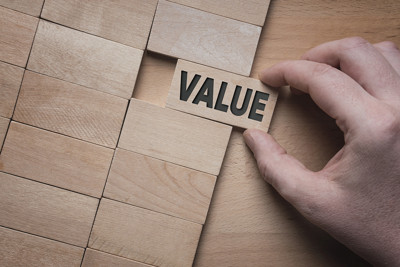 Even the very best bettor in the entire world won’t win every single wager that they place. Unless you’ve got insider information, in which case you’ve got a whole host of trouble coming your way for a different reason, you will have some losing wagers even if they felt like they would be nailed on winners at the time that you placed them.

Don’t get too caught up in the idea of needing every bet to be a winning one. If you go down that route then you’ll driver yourself mad. Instead, accept that you’ll need to take the rough with the smooth and get into a mindset whereby you’re able to let losing bets go without getting too emotion over them. That being said, having a strategy is always sensible.

Another way of thinking about it is like spending some time at the blackjack table in a casino. Do that and you’ll see people with all sorts of tactics and plans for taking on the dealer, ranging from those that just go with their ‘feeling’ for the cards they’re given through to those that will stick to Basic Strategy religiously. Both types of players will get some winning hands and some losing hands, but the one that follows Basic Strategy to a tee will win more consistently.

So too will the punter that does their research and reads the advice of betting tipsters put themselves in a position where they’re more likely to win in the long-run than those that never do any research and might as well be throwing darts at a board before making their bets. Again, both betting strategies will see winners and losers but the one listening the tipsters will likely get more of the former than the latter, which is why I recommend it.

Value doesn’t necessarily just mean finding the bookmaker that offers the best odds. Obviously that’s important to an extent, but if you only bet in small amounts then the difference in terms of your winnings between a bookmaker that offers, say, 4/1 on a market compared to one that offers 9/2 is marginal, so it shouldn’t be the only factor that you think about when selecting your bookie of choice. Instead, it’s all about looking for bets where the payout is higher than the odds of the even actually happening.

Ultimately odds put forward by bookmakers are basically just the chances that the bookie thinks something might happen minus their margin, but they are still human and they make mistakes from time to time. Let’s look at a football match in which the two teams are relatively well matched to the point that you’d say it’s 50/50 which one will win. If one of the teams is valued at 5/2 by the bookies then there’s value in that bet, because anything more than Evens means the chance of it happening is seen as Lowe than the payout you’re being presented with.

When it’s all over it doesn’t even really matter if the individual bet wins, because if you consistently bet on something where they payout is higher than the odds of it happening then you’ll win in the long run. That’s because the amount you’ll be paid out will end up being more than the amount you lost on non-winning bets, so that’s where you can find your value.

Bet On What You Know 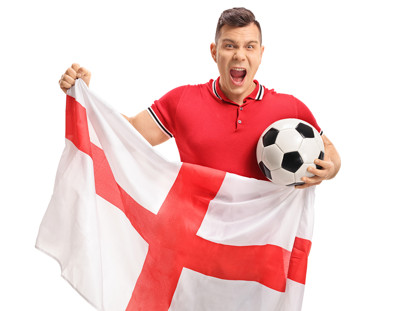 This may seem like an obvious one, but if you’ve never watched a League Two game in your life then betting on one of the matches from the fourth tier of English football isn’t exactly the most sensible approach to take. You’ll have no idea which teams are in form, which ones aren’t and whether any given match is seen as a tough one or an easy one for the teams involved. Even just going off stats there isn’t the most sensible idea considering they don’t tell the full story.

Instead, focus on the league and, if possible, the team that you know. After all, if you’re knowledgeable about something then there’s an increased chance that that knowledge will give you a slight edge over the bookmaker. As I’ve hinted at elsewhere, social media can be great for that. We’re still in an age where clubs haven’t yet begun to regulate players and how they use their Twitter and Instagram accounts, so if you pay attention to them you can give yourself an advantage.

The key to all of this is speed. If you find something out that you think could have an effect on a players’ performance, for example, or on how the team will do in an upcoming match then you’d do well to act on that information before bookies get a chance to adjust the markets to take the news on board. That’s just another example of how you can give yourself a little bit of added value to your betting and, it’s worth noting, it’s something else that you might be able to find out if you follow the right tipsters as they’ll let you know about it.

Watch Out For Payout Limits

If you have a little look at my rules page, you’ll see that I’ve pointed out the fact that some bookmakers have payout limits that you can be caught out by every now and then. It’s something that it’s worth being hot on, because different bookies have different payout limits but you don’t want to waste your money if you don’t have to. Here’s an example of what I mean by that:

In that scenario, you’d obviously be delighted that you’d won £20,000 and might think that nothing could dampen your mood, but you’ll have spent £10 needlessly because the payout for your bet would have been the same if you’d placed a £10 stake as the £20 one you actually did place.

The issue from a betting point of view is that not all bookies will tell you that you’ve staked more than you need to, so if you don’t keep an eye on the rules then there’s no guarantee that you won’t waste money that you don’t need to waste. Equally, the fact that different bookmakers have different maximum payout limits is worth knowing because it’s the difference between you being paid your £20,000 than ending up with £10,000 if you bet with bookie A that has a £10,000 maximum payout rather than bookie B that has a higher threshold for accumulator payouts.

Another thing to keep an eye on is the fact that some bookmakers will pay you out at the lower maximum payout if you’re placing an accumulator on numerous different leagues. Let’s say that you’ve placed a 12-leg acca, which is made up of ten Premier League games and one Swedish Women’s Under-21 match. The maximum payout for the Premier League might by £2 million, but if the maximum payout for Swedish Women’s Under-21 matches is £5,000 then you’ll only get £5,000 if the acca comes home with certain bookmakers. 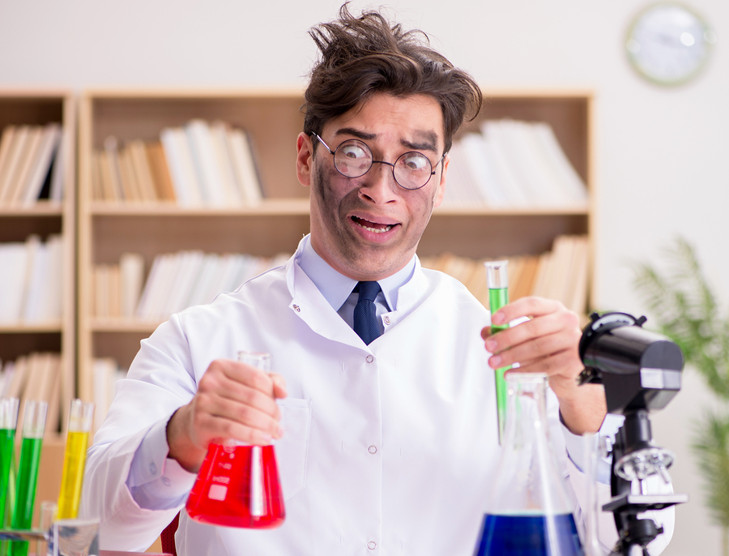 The final thing I want to draw your attention to is the need to avoid betting systems as much as possible. You’ll note that whilst I’m happy to talk about tipsters and try to give you as much advice as possible on the way you should approach your betting, the one thing that I steer clear of is pointing you towards any betting systems. I avoid that for one simple reason:

The problem with betting is that everyone wants to find a shortcut that means that every single wager that they place turns out to be a winning one. We all want to make money from our betting habit, so the desire for there to be some sort of shortcut that we can use that will turn us from perpetually hoping for the best to seeing the profits roll in on a daily basis can be overwhelming.

The less trustworthy shysters out there will try to take advantage of that if they can, offering you the moon on a stick if they think they can get some money off you in exchange. Normally these ‘guaranteed systems’ require you to sign up and pay some sort of monthly fee in order to be given the ‘winning’ information, but when you think about it logically it doesn’t make an awful lot of sense.

Why on earth would someone with such a system tell other people about it rather than just use it themselves to win money off the bookmakers? By paying them you’re simply buying into a false narrative that it’s somehow easy to win money if only you know the right system to trick the bookies with. As I said before, you will lose money during your betting life, but if you do things the right way then you’ll win more than you lose over the long-run. Just be sensible in your approach to things.