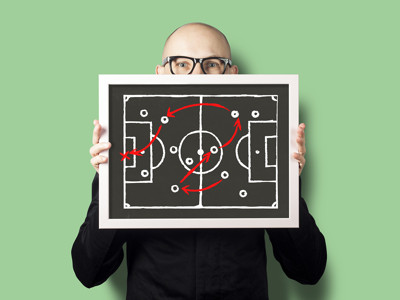 There are all sorts of bets that many of us place without actually thinking through the stats on such an issue. We’ve doubtless all had a ‘feeling’ that our team was going to come from behind, for example, without actually knowing how often sides tend to do exactly that.

On these pages I’ve dived a little deeper on the stats and the facts, taking a more in-depth look at the sort of topic that we might otherwise just go with our gut feeling over. The gut is right sometimes, of course…

How Often Do Football Matches End in a Draw?

Is there any concrete evidence regarding how many football matches tend to end in draws during a season? If so, can we use this to our advantage when looking to place a bet? I’ve crunched the numbers, including looking to see if there’s any difference between the various leagues as well as the numerous competitions in both domestic and international football.

How Often Do Newly Promoted Teams Get Relegated?

You might have an inkling that teams that have just been promoted to a new division might struggle to remain there and will see themselves drop back down the leagues at the end of the season. Here I’ve had a look at the figures to see exactly how true that is and whether or not a bet on a newly promoted team getting relegated is a clever or a foolish one to place.

How Often Do Teams Win From Behind?

Liverpool is a football club that is famed for coming from behind, especially in European competition, with Manchester United also considered to be a team that knows how to score late in matches and snatch a win from the jaws of defeat. Is it different team-by-team, though? How about division by division? I’ve had a look.