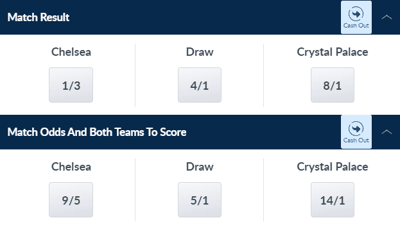 Most bettors will have a good idea what types of bets they can place on football matches, but everyone’s got to start somewhere. If you’ve never placed a bet on a football game before or have never been more experimental than looking at the ‘Match Winner’ market then this page is for you.

On each page I’ll give an in-depth explanation of the sort of bet you can place, what it means and the sort of things you should be looking out for before you place your wager. Here’s a quick look at each of the pages to give you a taster of what I’m taking about:

Both Teams To Score

Do you think both teams in a given match will score a goal? If so, you’ll bet on ‘Yes’, if not then opt for ‘No’. Own goals count here because you simply need both teams to be on the scoresheet if you opted for ‘Yes’, but there’s often not much value.

This is essentially an Over / Under bet on the markets of how many corners or how many cards you think there’ll be within a match.

Probably the simplest bet type to explain, given that it’s just a bet on what you think the Correct Score will be at the end of a match. It gets slightly more complex when you’re looking at matches that might have extra-time and so on, but not much.

Here you’ll be looking at which players you think will score the first goal of a game, the last goal or a goal at any time.

These are bets placed on events before they’ve got underway, so the likes of which team will win the Premier League or World Cup or which side will win an individual match.

Do you think you know which team will be leading at half-time and full-time? If so then this is the bet for you. There’s normally good value if you’re going to bet against the favourite.

The bet here is on the outcome of the match, irrespective of who scores and how many goals there are. Do you think the home team will win, the away side will emerge victorious or that the game will end in a draw? That’s Match Betting.

Predicting which club will be the next to sack their manager can be big business, just as it can be to predict who the next manager to take over at one of the big clubs can be.

In the world of football, everyone is pretty obsessed with who’s going to be successful. Relegation Betting is the opposite of that, placing wagers on the teams you think are likely to go down.

With the explosion of online betting came the ability to get in touch with your bookmaker of choice and ask them for odds on whatever odd thing you think might happen during a match.

Scorecast is a decent way to find yourself some good odds, given that it’s basically like a mini-accumulator of two legs in which you predict the first goalscorer and the correct score of a match. Get them both right and you win big, get either wrong and your bet’s a loser.

Total Goals Over / Under

As with the Corners & Cards Betting, this is a bet on whether or not there will be Over or Under a given number of goals scored.